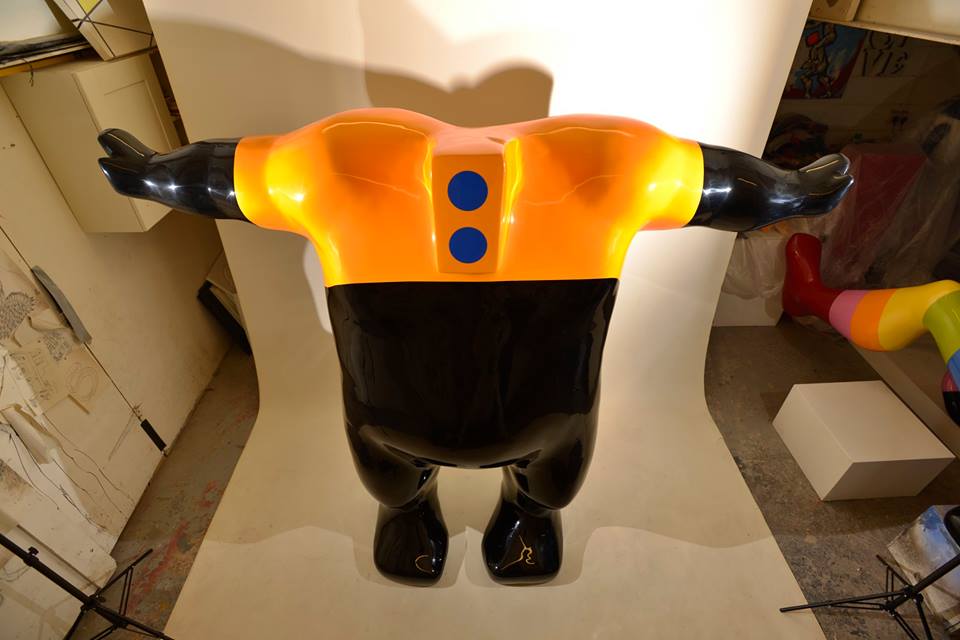 This was the first piece the sculptor made in ‘The Only Human’ collection and I am writing about it last as we round-up this collection of work. At the moment a few of this collection are on display in London, until the end of August. (link)

If you have spent time within a different culture then you’ll know how sometimes somethings can seem baffling, unusual and can challenge your way of thinking. Alternatively there are experiences which can be preferable or that you may want to adopt. Either way a new or different culture can open us up to a new ways of seeing.

When I was younger I remember my Father, who is a teacher, doing a school assembly on the story of the Blind Men and the Elephant , it cleverly demonstrates how a person can have one way of seeing something very differently to another and it affecting their interpretation of that idea. Culture can be very much like that.

I was fortunate to spend time in Japan at the age of 18 which opened my eyes to sights, sounds, smells and tastes that were totally new to me. My first image of a lady walking a cat on a lead, wearing what looked like a surgical mask over her face was definitely a diary entry. Green tea that tasted bitter, bland tofu and miso fish was a first meal that made me wonder if I would survive my 6 months there, such a lover of food am I. This was also back in the days before we had any of these food flavours and products available in the UK. Now matcha lattes and ramen bowls are all on trend. My eldest even requested sushi for one of his school lunches! Japanese food in lots of small little bowls and chop sticks whilst siting on the floor was certainly something I fell in love with, along with the house design and contemplation of nature and tranquility. 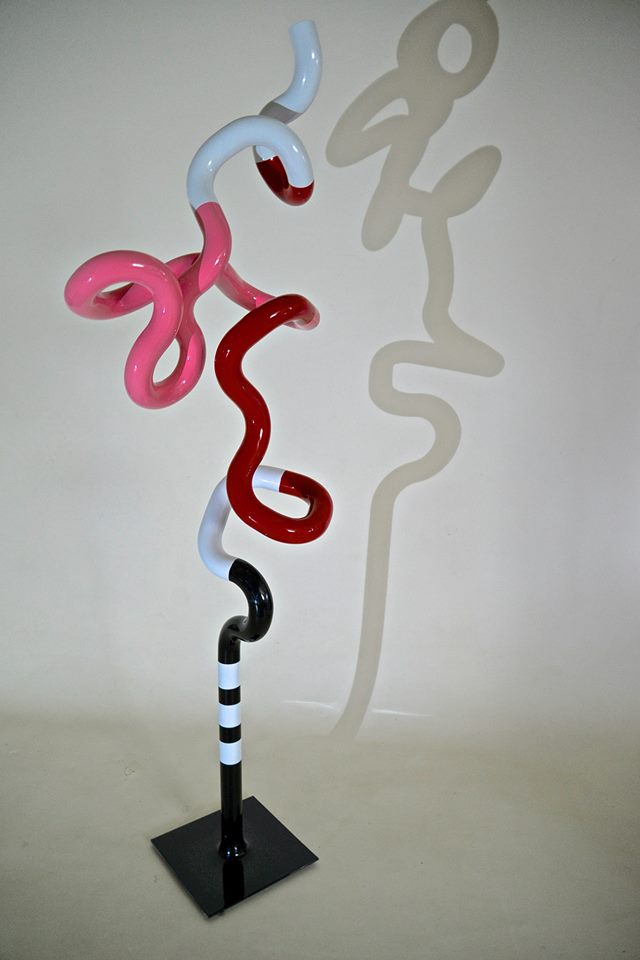 On Saturday evening we went to see the Opera, Madame Butterfly, a Christmas gift from my parents.  My husband had already seen it before in Cairo which had inspired him to make the sculpture above, titled after the opera and a very different style and material to ‘Defender’. The Alhambra opera used shadows in the performance at at the weekend to depict some of the scenes. So I loved the connection between the set design and this piece.

The Japanese culture could be summed up in two words, honour and respect and this is very much what fuels the tragic ending of the opera. Japanese design and living is about capturing the beauty then discarding the rest.  ‘Madame Butterfly’, the sculpture from the Calligraphy collection (also a Japanese art form) nods to this etiquette in that it is displaying only what is essential in exploring outline rather than playing with form. 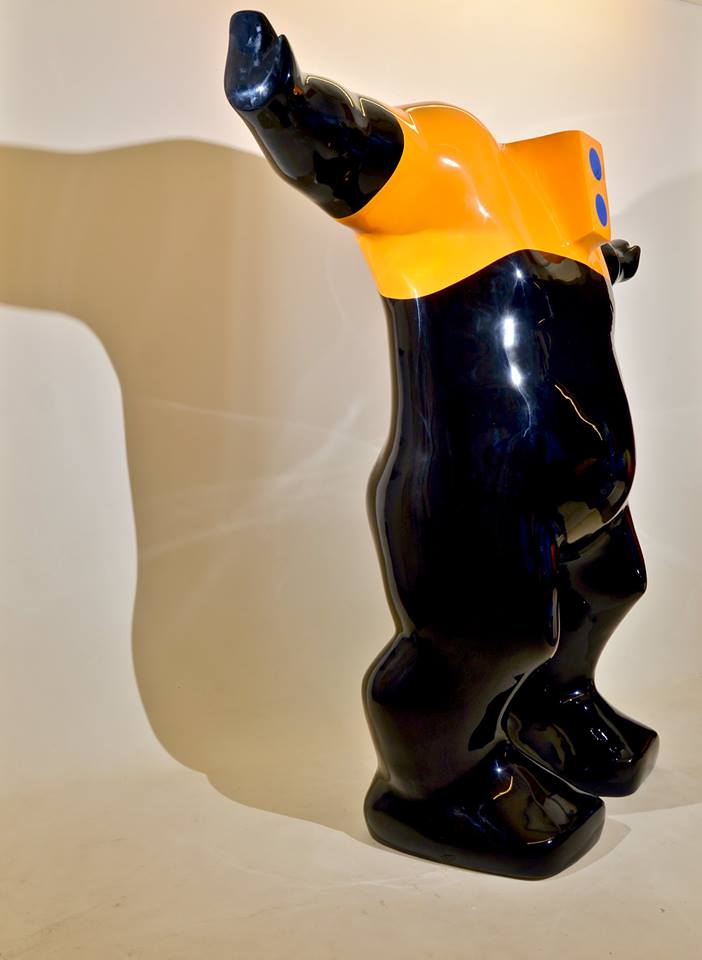 In contrast to ‘Madame Butterfly’, ‘Defender’ is all mass and form. It is interesting how seeing something from a different angle can influence how we look at something. Writer, Cherry Smyth when first viewing this piece describes; “In ‘Defender’ (2016) the buffed, open arms of the upright, stocky animal –human hybrid end in what could be black hooves. It tilts its head as if ready to take on anything that comes, and its stolid black and yellow torso is built to impress. For Shendi, the figure represents the ‘defender we all need from time to time.’ It could also suggest the super-ripped gym bodies we increasingly seek, that render the limbs less agile and flexible for the sake of a pose of durability.”

The sculptor didn’t make ‘Defender’ with Egypt in mind, but it was a consideration for placing in an outdoor area in Cairo at one point. The idea of needing a defender is fitting for Egypt and the contrast between these two sculptures is very much like the Japanese and Egyptian culture.

My next big culture experience was at 21 in Egypt, I cried at the airport in Cairo not wanting to leave at the end of my travels. This was way before I was to meet my own Egyptian Sculptor. Funny how fate intervenes. My heart planted a root unbeknown to me. But travelling for a few weeks through a country is not the same as being immersed in one. Although I have since been back several times and am now married to an Egyptian. Egypt is a complex one and certainly less ordered, neat and tidy than the Japanese. It’s almost antithetical in every way.

CLASH is an Egyptian film set in Cairo during the 2013 protests. It portrays the claustrophobic intimacy of a police vehicle where the viewer witnesses the intense heat, no water and over crowded conditions of the van. In many ways it parallels the country as a whole. The individuals in the van display kindness and anger within seconds. Emotions flare up in all directions and we see the injustice, senseless behaviour that is a country at war with itself as so are the people it is made up of. Perhaps, ‘Defender’ is for those moments like in the van, breaking down barriers, pushing past the intensity of the stiffling experience and the personalities which almost smother each other.

It’s hard to sum up Egypt in two words and that really says it all. It is a multitude of attacks on all the senses. Yet the exotic history, heat, passion and flare all give it a romanticism that entices you in. There is a saying once you have tasted the waters of the Nile you have to go back. Maybe, that is for the ‘foreigner’ but for the Egyptian, the corruption and disorder and preference for the outsider make it a very different reality.

Just like with these art works I could not choose which culture I prefer over the other. They both appeal to different sides of me. Perhaps two parts that reside in all of us. We can often choose to dig in our heels and defend what we first think to be our opinion about things. It’s often a good idea to check our thinking and question why we have that point of view. 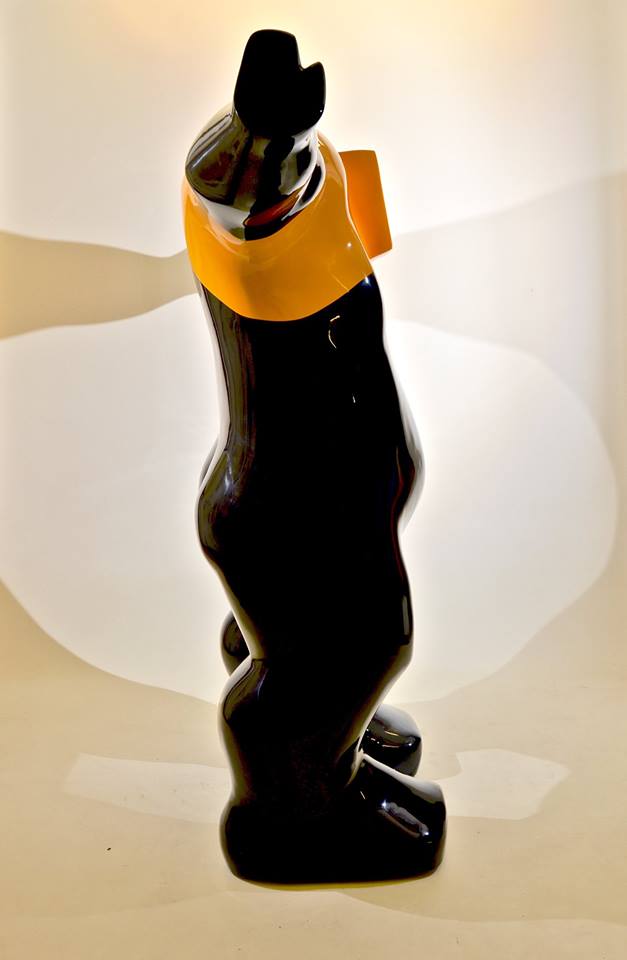